Where Garden Secrets Come To Light

Future Generations To Pay For Our Mistakes: Biodiversity Loss Doesn’t Appear For Decades

Where Garden Secrets Come To Light

See on Scoop.it – Digging The Earth 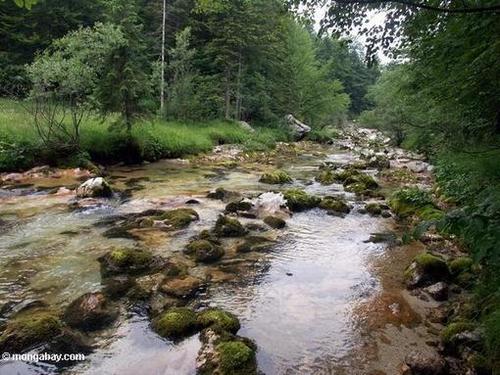 The biodiversity of Europe today is largely linked to environmental conditions decades ago, according to a new large-scale study in the Proceedings of the National Academy of Sciences (PNAS)….

Future generations will inherit a natural world of our making. … the scientists say conservation efforts will have to stepped up considerably to stave off mass extinction.

“The progressive impact of environmental degradation on the loss of global biodiversity is strongly linked to key socioeconomic indicators such as human population size, land use, and gross domestic product (GDP). However, species populations do not necessarily respond immediately to environmental degradation but might do so with a delay,” the scientists write. This theory is known as ‘extinction debt,’ whereby it takes species several of their generations to show the full impact of habitat loss and other threats…. http://news.mongabay.com/2013/0415-hance-biodiversity-debt.html

April 15, 2013 “Revolution” – Richard Branson’s Blog – Virgin.com
“THERE IS NOTHING MORE IMPORTANT THAN CONSERVATION BECAUSE CONSERVATION IS THE PRESERVATION OF HUMAN LIFE ON EARTH.”  This is the message of Revolution, an excellent new film following the adventures of Rob Stewart as he attempts to spark a change in the global mindset towards conservation http://www.virgin.com/richard-branson/blog/revolution

April 15, 2013 – CSRWire Talkback
NO NATURE, NO BUSINESS: THE COSTS OF CLIMATE CHANGE & THE FINANCIAL CRISIS http://www.csrwire.com/blog/posts/802-no-nature-no-business-the-costs-of-climate-change-the-financial-crises